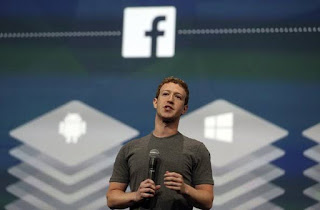 1. Have a Dream
Most people think that Mark Zuckerberg emerged from the blues to become a billionaire; they think he built Facebook with just a snap of fingers. The truth is they are wrong. Mark Zuckerberg was not an overnight success. His journey to fame and fortune began as a dream; a desire he was willing to sacrifice all for. That’s why Napoleon Hill said that “Desire is the starting point of all achievements.”
So if you want to replicate the success of Mark Zuckerberg; if you want to become rich and famous like him, it starts with your desire. What do you want from this life? Where do you want to be in the next ten years? What do you want to be remembered for after you bow your head to death?
2. Think big
Facebook was a project on Mark Zuckerberg’s computer and he would have opted to sell it off back then but he refused. Why? He refused to sell it off because he wasn’t looking for a payoff; he wasn’t interested in a paid job, he was more interested in changing the world. Facebook was a small project but Mark Zuckerberg’s dream wasn’t a small one.
His friends envisioned Facebook as a college project; Mark Zuckerberg envisioned Facebook as a worldwide project that will change the way people communicate and stay in touch. People initially analyzed Facebook as a million dollar project but Mark Zuckerberg envisioned a billion dollar company.
What do you see in that small business idea of yours? Where do you see your company in the nearest future? Are you aspiring to build a million dollar company or a billion dollar company? Remember that success doesn’t just happen; it begins with strategic planning.
3. Start small
Mark Zuckerberg had big dreams and wonderful plans. He envisioned a worldwide project that will be worth billions of dollars. Yet, he started small. He wasn’t discouraged by his humble beginning; he didn’t despise the days of little beginning.
Instead of waiting for the million dollar funding or startup capital; he started from his dormitory with little capital and sweat equity. But today; he’s among the youngest billionaires in the world. Never be ashamed to start from the scratch because building a business from scratch is where the glory lies.
4. Believe in yourself
Self belief is a prerequisite for successfully undertaking any venture and Mark Zuckerberg had lots of it. You can never build a successful business by thrusting responsibility to someone else. You have to believe that starting a business and growing such business can be done and you are the one to do it. Never look down on yourself; believe firmly in yourself and your God’s given ability and you will make it.

“You are nuts and you should be proud of it. Stick with what you believe in.” – Trip Hawkins

5. Follow your passion
What are you passionate about? Are you prepared to stick to your passion? Are you willing to make sacrifices for your passion? These are the questions you must answer if you want to replicate the success of Mark Zuckerberg.
Mark Zuckerberg was a programming enthusiast from childhood and he stuck to that passion; despite the fact that it led him to break the rules, he stuck to it. Everyone loves the success story of Mark Zuckerberg but only few will ever give a thought to the fact that Mark Zuckerberg dropped out of college; just to make sure his passion never dies.
That singular sacrifice alone enabled him make the list of the richest drop out billionaires in the world. Undying resolve is a key to building a billion dollar business from scratch.
6. Be prepared for criticism

“I just wish nobody made a film about me while I am still alive.” – Mark Zuckerberg

Just like every successful entrepreneur; Mark Zuckerberg has gotten his share of criticism. But he refused to be cowed by it. Criticism is a necessity on the road to the top so you must be prepared not only to accept it but also to leverage on it. Don’t let criticism hold you back; instead, use it as a stepping stone to greater heights.
7. Be diligent

“I guess we could. If you look at how much of our page is taken up with ads compared to the average search query. The average for us is a little less than 10% of the pages and the average for search is about 20% taken up with ads. That’s the simplest thing we could do but we aren’t like that; we make enough money. Right, I mean we are keeping things running; we are growing at the rate we want to.” – Mark Zuckerberg
“See thou a man diligent in his business? He shall stand before kings; he shall not stand before vain men.” – Proverbs 22: 29

The message above is clear. Before the sweetness of success comes sweat. No man gets to the top with both hands in his pocket. All successful entrepreneurs and drop out billionaires earned their place through hard work; they toiled while others slept and that’s why they became successful.
8. Don’t be afraid to dare the giants
Mark Zuckerberg wanted Facebook to be the heart of the internet but he had an obstacle; an unmovable well established giant and that giant is Google. Was Mark afraid to take Google head on? The answer is no. Sometimes, success can be found at the feet of the giants; in the den of lions and only the brave can go for it. That’s why courage is one of the characteristics possessed by successful entrepreneurs. Without courage, there will be no risk taking.

“The thing I really care about is the mission; making the world open.” – Mark Zuckerberg

Do you know the reason why Facebook was able to withstand Google? The answer is because Mark Zuckerberg focused on fulfilling Facebook’s mission. That’s why successful entrepreneurs such as Warren Buffett, Bill Gates and Andrew Carnegie repeatedly emphasized the need to concentrate. Diversified effort yield’s minimal results; concentrated effort yields maximum result. So concentrate.

“Concentrate your energy, your thoughts and your capital.” – Andrew Carnegie

“Without the element of uncertainty, the bringing off of even, the greatest business triumph would be dull, routine and eminently unsatisfying.” – J. Paul Getty
“In today’s rapidly changing world, the people who are not taking risk are the risk takers.” – Robert Kiyosaki

No entrepreneur ever became successful without undertaking an atom of risk. Mark Zuckerberg also had his fair share of risk. When Mark Zuckerberg dropped out of college to focus on building Facebook; he took risk. By confronting Google; he took risk. Facebook itself was a risky venture that paid off immensely. Entrepreneurship is all about risk taking. Without risk, the world will remain stagnant.

“Risk — If one has to jump a stream and knows how wide it is, he will not jump. If he doesn’t know how wide it is, he’ll jump and six times out of ten, he’ll make it.” – Anonymous
“You must take risks, both with your own money or with borrowed money. Risk taking is essential to business growth.” – J. Paul Getty

11. Stick to the process

“In the game of entrepreneurship, the process is more important than the goal. When you start building a business, you begin a journey, a process. This process has a beginning and an ending and between the beginning and end lays a lot of challenges. You will win only if you remain faithful to the process.” – Rich Dad

Starting the entrepreneurial process is one thing; sticking to the process is another. Facebook was not an overnight success; its success was achieved on installments. Mark Zuckerberg did not become a billionaire overnight; he worked it out for years and he is still working it out. That’s the spirit of entrepreneurship; the spirit of continuity.

“Press on. Nothing in the world can take the place of persistence. Talent will not; nothing is more common than unsuccessful men with talent. Genius will not; the world is full of educated derelicts. Persistence and determination alone are omnipotent.” – Ray Kroc

In conclusion; there’s nothing extraordinary about Mark Zuckerberg’s success. There’s nothing abnormal about his emergence as the youngest billionaire in the world. He deserves the position because he dreamed it, planned it and worked it out. He stuck to his passion and focused on fulfilling the Facebook mission; that was why he became the youngest billionaire in the world. His success has nothing to do with luck.

How to start Egg Distribution Business in Nigeria (2023)

20 Entrepreneur Skills In Nigeria that you need to learn

How to Start A Computer Training Centre In Nigeria (2022)