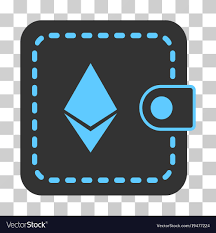 The Ethereum blockchain is a network where users can build their own apps (which are called dApps) and cryptocurrencies. Ethereum also allows its users to write transaction guidelines called smart contracts. MetaMask can be used to store keys for Ethereum cryptocurrencies only.

Large numbers of Ethereum-based tokens have been launched with a host of different functions and leveraging Ethereum’s blockchain technology in different ways. Decentralized applications (DApps) have also been built on top of Ethereum further expanding the ecosystem.

Security is another extremely important factor to take into account. How the private key is stored and the encryption applied are key security considerations. We present the top Ethereum wallets that provide high standard features across the range of factors important to the Ethereum ecosystem.

However, the Nano S is not obsolete and in our opinion is still holding strong. It is still a good choice for casual cryptocurrency traders who do not trade a lot of altcoins, or those want to store their cryptocurrencies in multiple devices for security.

Released in January 2014, the Trezor Model One gives users a way to securely store a wide variety of cryptocurrencieson a single device.

Costing just $59 direct from Trezor, or slightly cheaper from official Amazon stockists, the Trezor Model One is a direct competitor to the popular Ledger Nano S.

However, since its launch, the cryptocurrency hardware wallet market has become increasingly crowded, and SatoshiLabs now faces stiff competition from the likes of Ledger, KeepKey, CoolWallet and more.

Metamask is another cool ethereum wallet, Metamask simplifies Ethereum transactions across the board. Users can easily send and receive transactions with a few clicks of a button along with leveraging accessibility features like scanning QR codes. For more seasoned users, Metamask allows you to tap into more advanced features if need-be, such as setting your own gas prices.

MetaMask wallet can be used for storing keys for Ether and ERC20 tokens on three different web browsers. It also allows users to browse the Ethereum blockchain from a standard browser.

Since the wallet is non-custodial, all users benefit from storing their own private keys as Metamask never has access to them in the first place. This is the most secure way of storing your crypto assets, however, you are responsible for safeguarding the private keys. If your keys are lost, the funds are likely unrecoverable.

The Ethereum Mist Wallet is one of the few wallets with support from the developers behind the Ethereum Network. The wallet has a design that enables its users to hold Ether. It is relatively easy to use although not the best option for beginners. Besides holding Ether, users can write smart contracts using the wallet.

this wallet is recognized as the official wallet for ETH. Integrated into the Mist web browser, the wallet is built into the Ethereum blockchain. Users can interact with other Ethereum Dapps simply by connecting to this wallet.

Ethereum Mist Wallet has a unique design that places its users in full control of their funds. It does not store its users’ information. The wallet can also be used to hold other tokens issued on the Ethereum platform. In addition, it supports over 16 languages. This makes it a go-to-wallet for users from non-English speaking places.

Currently, the Ethereum Mist Wallet is only available for desktop. To interact with the wallet, users have to download and upload an encrypted version of their private keys. The user is in control of his/her funds, and not the wallet.

Unlike many other wallets, the Ethereum Mist Wallet can be a bit challenging to use. Users can choose from alternatives such as Trust Wallet. These wallets are close competitors that are even available on mobile. Other competitors include MetaMask and MyCrypto.

Exodus gives you a relatively safe cryptocurrency wallet for daily use also recommended for ethereum wallet. Since it is an online wallet, it will never be as secure as leaving digital currency in cold storage (such as a paper wallet). It also lacks some features which make it less secure than other, more complex software wallets.

The Exodus wallet is a relatively new software wallet. It was created by JP Richardson and Daniel Castagnoli. Richardson has written the code for many cryptocurrency products previously and Castagnoli has worked as a designer for huge companies like Apple, BMW, and Nike.

Exodus has been designed to be a user-friendly, multi-cryptocurrency wallet. You can use many different crypto assets with it. I have listed the coins you can use with it below (there are a lot!):

Edge is a powerful and easy to use cryptocurrency wallet that allows users to easily control their own private keys with the familiarity and ease of mobile banking. Take control of your funds! With Edge, only YOU have access to your funds or transaction data. Edge also provides a cryptocurrency exchange.

Myetherwallet is an online tool that helps users with their ethereum needs. It has simplified ethereum basics like creating a paper wallet, sending ether, receiving ether, generating seed phrases and much more. The best part is it is not only free but also open source, which guarantees peace of mind about our ethereum funds being secure. My ether wallet also has access to ethereum test networks like Ropsten. When I build ethereum apps this comes in handy while interacting with the block chain.

Coinbase allows its users to buy and sell a variety of cryptocurrencies including Bitcoin, Ethereum, Litecoin, EOS, Tezos, Stellar Lumens, Bitcoin Cash and many others. They also have a recurring buys feature which allows users to invest in cryptocurrency at a scheduled interval.

They were one of the first exchanges to allow staking with Tezos as the first and currently only cryptocurrency staking on their platform. After coinbase added staking, a number of exchanges have since implemented it, including Binance, Kraken and Bitfinex, to name a few.

Until recently Coinbase staking was only available in select USA geos (NY not included for example), but on May 28th 2020 Coinbase expanded it to customers in the UK, France, Spain and the Netherlands. It still only offers Tezos as for staking though. We will look for more coins to be added in the near future.

Coinbase’s mission is to be the most trusted and the easiest to use cryptocurrency exchange. It has been very successful in achieving this so far and is today one of the leading on-ramps to the cryptocurrency world.

As an exchange, Coinbase has focused on introducing consumers to the world of cryptocurrency and allowing them to purchase major cryptocurrencies, store them on exchange supported wallets and use them to perform transactions. 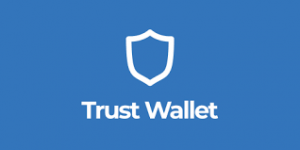 Trust Wallet is a mobile-based cryptocurrency wallet. Its primary focus is Ethereum and other Ethereum-based tokens. It is designed in such a way that its native code is both open sourced and closed source. The wallet is closed source for Android (Java) and Open source (Swift) for iOS. Trust is created with a purpose to simplify the way Ethereum tokens are sent, received, and stored on the ETH blockchain.The Trust wallet is a mobile wallet built for both Android and iOS. The founder of the wallet, Viktor Radchenko wanted a wallet that could handle ERC20 token transactions comfortably. He has achieved this to a large extent. The wallet was launched in November 2017. It supports 14 tokens, and users can store their private keys on their devices. This wallet partners with other companies to enhance some of its features. For instance, Cyber Network powers its decentralized exchange.

The Trust Wallet supports Ethereum (ETH), Ethereum Classic (ETC) and all ERC20 and ERC223 tokens. Using your wallet, you will be able to store Binance Coin (BNB), Aion (AION), VeChain (VEN) and many others. In other words, Trust wallet does not support BTC, BCH and other coins outside the ethereum wallet. This could be a huge turnoff if you intend to store these digital assets.

Guarda is a multi-platform wallet that allows users to manage their assets from any device (desktop, laptop, tablet or smartphone) that is connected to the internet. The web/desktop wallet can be used on any device running Windows, Linux or MacOS, while the mobile wallet allows Android/iOS users to manage their digital assets on the go. Apart from digital assets storage, Guarda wallet also has a built-in crypto purchase service to buy digital currencies with fiat payment methods like a bank card. Also, its built-in-exchange allows users to quickly swap coins from within the wallet, without any limits.

All the different wallets offered by Guarda are non-custodial. This wallet never stores neither the public/private keys of digital assets nor any kind of users’ personal data. If you create a wallet on Guarda, then all the public/private keys for the digital currencies will get generated from your browser and stored on its cache. And, all your transactions will be done directly within the blockchain network. 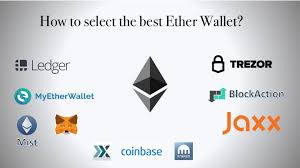 Some people think that crypto wallets store cryptocurrency. This makes sense because that’s how the wallet in your pocket works. Unfortunately, it’s not true. Instead, cryptocurrency wallets simply store information about cryptocurrency.

Cryptocurrencies only exist on huge databases called ledgers. These ledgers are a record of all the cryptocurrency transactions ever made. The most popular kind of cryptocurrency ledger is called a blockchain.

Piggyvest review: Invest And Save Money On Piggyvest (2023)

Atpays Review: Before you register on Atpays Read this Review