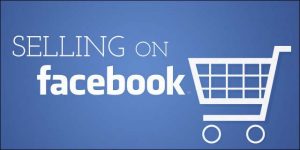 A Facebook Group is a place for group communication and for people to share their common interests and express their opinion. … Anybody can set up and manage their own Facebook Group, and you can even join up to 6,000 other Groups

There are three types of groups on Facebook which include public, closed, and secret. Public groups are basically general admission.

Public groups are groups that Anyone on Facebook can see who belongs to public groups and content that is shared in those groups you can see the group’s name, location, member list, and posts, and the group can show up in anyone’s searches or News Feed. …

Closed groups unlike the public groups, everyone can search for and view the name, description and member list of a closed group. But users can’t view the group’s content until they become a member. To join a closed group you have to be approved by an administrator or invited by a current member.

Private groups as the name implies are groups that only members can see who’s in the group and what they post. to join a private group you need to be invited by an admin or member just like the closed group.

In a Nutshell, these groups all have something in common, which is: memberships. as such, you can sell stuff on facebook groups. 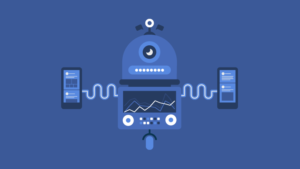 Customers are already using it – Most everyone is on Facebook so joining a group is just a matter of a few clicks. No need to teach them about your own proprietary platform, which also means it’s one less site your customers have to visit.

You get ideas – A natural part of a community is to share ideas. As a business owner you can see exactly how people are using your product and get ideas on how to modify or improve.

Social proof – If someone is trying to decide whether or not to invest in your product and they stumble across a Facebook group with many users then they may be persuaded by that alone to join.

Makes you more accessible – Doing business with “companies” isn’t very engaging. People do business with people and having a Facebook group makes you and your products more relate-able.

Poor organization – The comments in your group are essentially a stream of consciousness. Comments are disjointed and on virtually any topic which makes it hard to extract any meaningful business insights.

Not good for formal support – While groups are good for peer-to-peer support, it is a terrible avenue for offering formal support to your customers. Threads can go on in great lengths about very specific technical issues where it makes little sense to discuss in a public forum. There are tools built for support that are far better than Facebook could ever be.

Closed groups are a nightmare to manage – If you want to offer a group only to your paying customers then you can expect to spend a lot of time adding and removing people. Also, you will want to make sure you comply with Facebook’s terms of service so that your group isn’t suddenly shut down.

Managing expectations – If your Facebook group is an informal way to create a customer community (which is the case in most groups I see around products & services) then you have to spend energy setting expectations for that community in what is appropriate for posting and your policy towards the group in general. It’s possible that a group member misunderstands your policy and they form a negative opinion on you or your service.

also read 6 ways to promote your small business on Facebook

Being part of the largest groups on Facebook may mean increase your sales, traffic and followers,

all you need is the right strategies to post on these groups to get the attentions of members and to increase the engagements.

NOTE: kindly copy the name and search on facebook instead

How to sell stuffs on facebook groups The right way

Popular goods. Facebook group is a good bet for mainstream goods such as Wiis, settees and spare TVs – things lots of people have and want.

When postage outstrips small items’ value. This is great for paperbacks, baby grows and old DVDs, as postage dwarfs the gain on eBay.

Bulky or breakable items. The market for collection-only goods, such as sofas and wardrobes, is often limited to local folks anyway.

Kids’ stuff. Parents groups are among the most bustling, so this is brilliant for cots, kids’ clothes, Frozen dolls and Jumperoos.

Used Items. facebook groups is one of the best platforms to sell used items such as used accessories, home appliances, workshop tools etc.

Facebook groups is one of the best communities to sell stuffs, might take a while to get sales, but the more groups you join the more chances your sales might get

don’t forget that facebook hates spams, so carefully take your time to post your stuff, don’t repeat your adverts continously.

I hope you have found a new headup, don’t forget to share, Cheers.